Last fiscal year, personal income taxes accounted for 67.9 percent of all state General Fund revenues. Of those receipts, 15.4 percent arrived during the month of April.

This year, as of the end of March, preliminary reports of General Fund receipts for the 2017-18 fiscal year totaled $61.9 billion, which is 3.1 percent higher than anticipated in the budget proposal released by Gov. Jerry Brown in January. 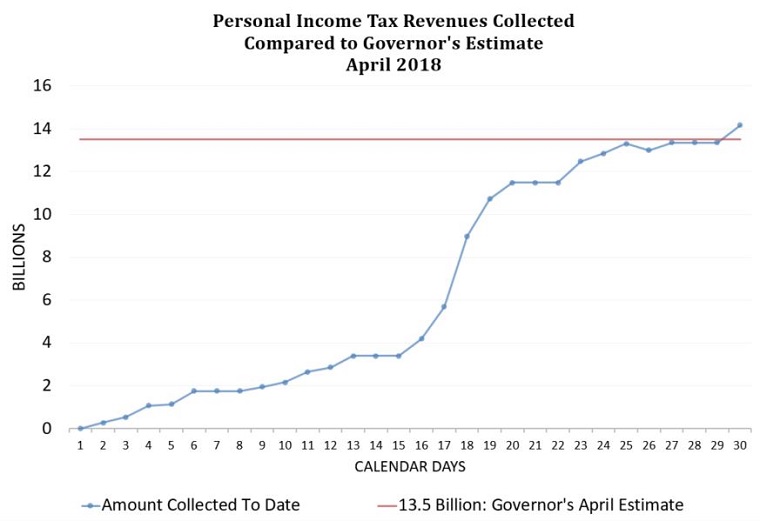 *The table above shows the most recent personal income tax revenues, which include payroll withholdings, taxes received, and refunds paid out. The reconciliation of these numbers can take up to two days. Final April revenues may not be known until the first week of May due to delivery and processing requirements and the large volume of tax filings received.

***No transactions are posted on weekends.