You can also view this newsletter as a PDF. 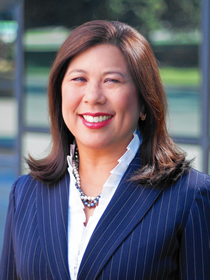 A Single Agency to
Streamline the State’s Housing Programs

The lack of housing affordability has reached crisis levels. For the first time in the 20-year history of the Public Policy Institute of California poll, homelessness was named by the most Californians as the state’s top issue.

Policymakers must be bold and take on big-picture solutions to tackle this complex problem. Controller Yee applauds the Legislature’s prioritization of housing, and she has called for comprehensive action centered on zoning changes. While legislative solutions are critical, they often rely solely on action by local government partners. State government also must look internally at what it can do to facilitate development. The governor’s recent executive order to utilize surplus property for affordable housing is a prime example of how the state can do more with its existing resources. 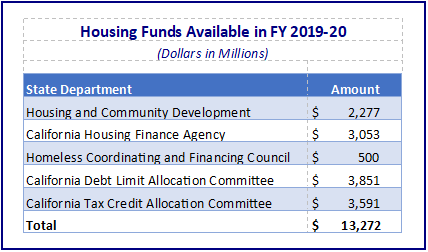 Through her oversight role on two of the state’s housing boards, Controller Yee sees opportunities for better coordination of state programs. Government policies and programs have been layered on over time, generating competing goals and duplicative requirements. Eliminating some of these layers will help to reduce the cost of development and generate more homes.

In the 2019-20 fiscal year alone, California’s various housing entities will allocate more than $13 billion in funds and financing tools. The current fragmentation of funding streams and programs exposes housing programs to inefficiency. As California expands housing investments, finite resources would be best utilized through a single, streamlined organizational structure. 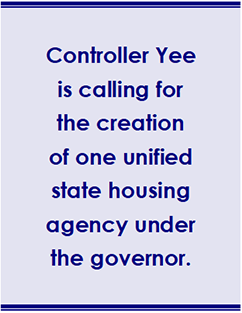 In California, several state entities address housing or homelessness as a primary purpose. Typically, affordable housing developments must secure commitments from multiple state agencies and several other funding sources to become financially viable. Three departments are part of the Business, Consumer Services, and Housing Agency (BCSH) under the governor’s administration. Two other entities fall within the State Treasurer’s Office, though the governor and State Controller have a presence on the governing boards.

Homeless Coordinating and Financing Council
HCFC oversees the implementation of Housing First guidelines and regulations and identifies resources, benefits, and services to prevent and end homelessness in California. HCFC is a new entity that still is developing programs and processes. HCFC is within BCSH and reports to a 19-member council.

Tax Credit Allocation Committee
TCAC administers the federal and state Low-Income Housing Tax Credit Programs. Nearly all affordable rental housing in the state utilizes these tax credits. TCAC is a committee within the State Treasurer’s Office and is governed by a five-member board.

California Debt Limit Allocation Committee
CDLAC allocates federally tax-exempt bonds that can be used for a variety of project types, primarily multi-family housing development and preservation. CDLAC is a committee within the State Treasurer’s Office and is governed by a three-member board. 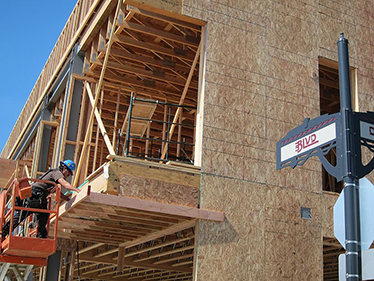 Controller Yee is calling for the creation of one unified state housing agency under the governor that would oversee the administration of state-controlled housing funds and policy development.

California is the only state with major housing departments reporting through different elected officials. Of the 10 next largest states, six have a single agency that oversees all major housing functions. While each state has different needs, California’s needs would be best served by fewer, not additional, layers of bureaucracy.

The secretary of the new housing agency would be responsible for all homelessness mitigation, and deploy statewide priorities with clear authority and accountability. Aligning the state housing departments would provide several benefits. Reporting through one administrative entity would allow changes to be implemented more quickly. Creating a centralized structure will unlock critical improvements to the way we do business.

No Duplicative Reviews. Each of the state housing entities currently completes their own application review and underwriting process. Projects applying for multiple programs through multiple departments could be reviewed in a streamlined manner. Individual departments could still complete specialized reviews for any unique program requirements.

Joint Monitoring. TCAC, HCD, and CalHFA each have asset management compliance staff, ensuring funded properties continue to meet the physical and affordability requirements for public funding. Inspections and income verification are independently completed by multiple departments. Much of this work is duplicative and could be eliminated with better coordination.

Unified Data System. Data on state housing programs are difficult to aggregate or analyze without a joint data system or consistent data collection standards. A unified housing data system would assist with process streamlining, reporting, policy development, and program compliance. Leveraging existing systems used by other states would be a time- and cost-efficient investment.

More Efficient and Flexible Use of State Housing Funds. After consolidating many of the basic processes in a one-stop shop, state funding streams can be flexibly deployed across projects. Developers can apply to fund a project through multiple programs simultaneously, and the joint agency can determine the best way to fund deserving projects in the most cost-efficient manner.

As a top issue facing Californians, housing affordability is affecting state and local budgets, the economy, and individual livelihoods. Beyond making legislative changes, state government should reevaluate its internal structure and procedures to operate as effectively and efficiently as possible. Structural changes in the administration of state housing policy can enable streamlined operations, reduced costs, and increased production with finite state resources. 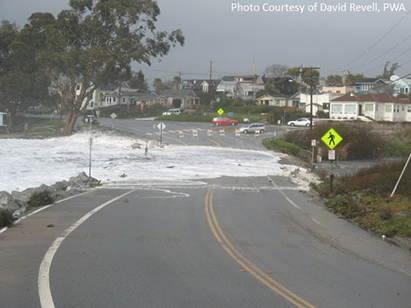 The California State Lands Commission, on which Controller Yee serves, is leading an effort to prepare the state’s ports, harbors, and other valuable coastal areas for the effects of sea-level rise. This summer, the Commission collected sea-level rise vulnerability and adaptation planning assessments from agencies that are local trustees of legislatively granted public trust lands. Next the Commission will develop recommendations for how state government can best support implementation of local adaptation plans to increase the resiliency of coastal lands, resources, and assets affected by climate change.

The Commission and its local trustee partners are committed to safeguarding the state’s irreplaceable public trust lands, which include ports, harbors, critical infrastructure, public access points, and habitats and ecosystems like beaches, wetlands, eel grass beds, and kelp forests. These are the foundational resources that support commerce, navigation, fisheries, recreation, and environmental stewardship – all public trust values and uses central to our state’s vital coastal identity and economy.

The sea-level rise vulnerability and adaptation planning assessments were submitted to the Commission pursuant to a critical 2013 law [Assembly Bill 691 (Muratsuchi)] that ensures local trustees generating more than $250,000 in annual public trust revenue prepare for sea-level rise impacts to resources under their management. There are 33 local trustees subject to AB 691, ranging from large ports like the Port of Los Angeles to small harbor districts like Moss Landing.

The AB 691 process aims for a comprehensive understanding of sea-level rise vulnerability and the development of feasible adaptation strategies that reflect true economic costs and benefits. AB 691 requires local trustees to provide as much information as possible about the financial costs of sea-level rise, as well as the various costs and benefits of different adaptation strategies. This accounting represents a critical advancement in statewide sea-level rise planning, building off the essential work using scenario-based projections that has been propelled by guidance from the California Coastal Commission, Ocean Protection Council, Governor’s Office of Planning and Research, and previous climate-focused legislation.

Initial reviews show there will be economic consequences from sea-level rise to all lands within the study areas. For example, the Port of San Diego estimates its current acreage of natural resources (beaches, salt marshes, eel grass beds, etc.) could decrease by approximately 27 percent with 4.9 feet of sea-level rise (possibly by the end of the century) and result in a loss of value between $7.6 million and $13.3 million. The City of Monterey found that, without adaptation and resiliency-building measures, it could lose more than $545 million in market revenue by 2100.

The State Lands Commission has hired a consulting firm to study these submissions and create a set of recommendations. This is the first comprehensive study of its kind in California. The team currently is reviewing the assessments and extracting the data necessary to analyze statewide trends in vulnerability to priority assets, and locally preferred adaptation strategies that will be most effective at reducing the detrimental impacts of sea-level rise. Coordination and collaboration between federal, state, and local agencies, as well as the legislature and the public, will be essential throughout the process.